Please note: The current Coronavirus Covid-19 pandemic is fast moving, and reactions to it seem to update not just day-by-day but minute-by-minute. Obviously, this site was not designed to bring you the very latest developments in a ‘breaking news’ story such as this. Instead, this site will continue to include news and opinions relating to major events, policy changes, and so on.

Confusion reigns across the world, especially among people with multiple sclerosis. Not unreasonably, we all want to know whether or not all people with MS are at an increased risk of infection in the current pandemic. In short, are we considered vulnerable?

If you live in the UK, where MS is included in the government’s list of vulnerable groups, it seems that the NHS (National Health Service) is sending letters and SMS texts only to people it considers to be, potentially, in the ‘extremely vulnerable group’.

Apparently, the reason for that is it is using GP databases and other sources of information to identify patients who may be on immunosuppressive therapy. If you receive one of these letters, the advice is not to be alarmed but to contact your MS team for specific advice.

This comes on the back of strict new curbs on life in the UK.

On Monday evening, in a TV address to the nation, prime minister Boris Johnson said that people must stay at home except for shopping for basic necessities, daily exercise, any medical need and travelling to and from essential work.

In addition, shops selling non-essential goods are being told to shut, and gatherings in public of more than two people who do not live together are prohibited.

If people do not follow the rules, police will have the powers to enforce them, including through fines and dispersing gatherings, Mr Johnson said.

Meanwhile, in the US, president Donald Trump has created his own brand of confusion. He wants the nation “opened up and just raring to go” by Easter, April 12. 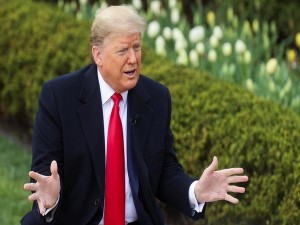 US president Donald Trump speaks during a Fox News “virtual town hall” event on the coronavirus (COVID-19) outbreak, in the Rose Garden of the White House. (Pic: REUTERS/Jonathan Ernst).

According to CNN, Trump, speaking during a Fox News town hall on Tuesday, reiterated he was eager to see the nation return to normal soon, even as doctors warn the nation will see a massive spike in cases if Americans return to crowded workplaces or events.

“I give it two weeks,” Trump said earlier in the town hall, suggesting he was ready to phase out his 15-day self-isolating guidelines when they expire. “I guess by Monday or Tuesday, it’s about two weeks. We will assess at that time and give it more time if we need a little more time. We have to open this country up.”

But Trump said Monday that the health experts on his task force do not necessarily agree with his hope for a quick return to their jobs to boost the economy.

Some Republicans (politicians from Trump’s party) on Capitol Hill, including Senator Joni Ernst of Iowa and Representative Liz Cheney of Wyoming, are also sounding the alarm.

“There will be no normally functioning economy if our hospitals are overwhelmed and thousands of Americans of all ages, including our doctors and nurses, lay dying because we have failed to do what’s necessary to stop the virus,” Cheney, the No. 3 House Republican, tweeted Tuesday.

Interestingly, Trump cannot force his will on each state.   Business Insider financial and business news website explains: “States and their governors have largely led the coronavirus response on the ground through stay-at-home orders and mandatory closures of nonessential businesses. States enjoy protections under the 10th Amendment, which gives them exclusive authority over powers not given to the federal government by the Constitution.”

A whopping 81,000 people have been fined under emergency confinement rules to contain the Covid-19 pandemic in Spain.

The number, sanctioned since Spain announced a state of alarm on March 14, has now hit double the number of coronavirus patients – currently at 39,673.

Spain’s Minister of the Interior also announced 777 arrests have been made under police powers to enforce obedience to the laws.

All of those arrested have been charged with a crime of disobedience, which carries a hefty fine and a prison sentence up to one year.

Though all police forces across Spain’s autonomous regions are under direct government control, each force will process its own fines.

Among the detained include a woman who spat on eight Guardia Civil agents in Zaragoza. She later proved positive to coronavirus.

Among the fined include a man who went out catching Pokemon in Madrid and another who went out to walk his goat.

Policia Local also fined one of their own agents (police officers) in Leon for going out on a jog.

Agents on horseback have also been seen chasing cyclists during the crackdown.

Please note that being born in the UK, all my posts, are written using British English spelling. 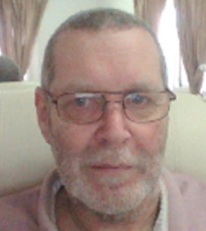 50shadesofsun.com is the personal website of Ian Franks. He enjoyed a successful career as a journalist, from reporter to editor in the print media. He gained a Journalist of the Year award in his native UK. More recently, he was a freelance medical writer and editor for various health information sites. Ian received a diagnosis of MS in 2002 and now lives in the south of Spain. He uses a wheelchair and advocates on mobility and accessibility issues.

Note: Health-related information available on 50shadesofsun website is for your general knowledge only. It is not a substitute for medical advice or treatment for specific medical conditions. Ian is not a doctor, so cannot and does not give you medical advice. You should seek prompt medical care for any specific health issues. Also, consult a doctor before starting a new diet or exercise programme. Any opinions expressed are purely his own unless otherwise stated.